In Episode 567, Lou Diamond and the guys are riffing on their experiences with Go Daddy and talk a bit about why they left them behind in favor of WP Enginefor hosting the website. Let’s explore this from a different angle to see what happened – from Go Daddy’s POV.

The surface/presenting problems the Guys had with Go Daddy are:

1. Too many emails – can’t distinguish which ones are important.

2. Phone support addressed the problem at the wrong level.

3. They didn’t take proactive measures to correct the problem.

Let’s call those presenting problems the first level. To set up the next level, let’s walk through the series of events in a bit more detail:

After the auto-renewal of hosting services, our protagonist’s URL was reset from pointing to their current website to the old website that was set up when they first registered the domain “theniceguysonbusiness.com“. This caused a degradation of service for the website and for their podcast feed. Neither were in operation after the renewal.

Next – one our guys made a phone call to support. He was greeted in a friendly manner during the security validations, after which they got into the actual problem. The phone support person was speaking “techanese” – technical jargon which was not understood by the caller. This made for a poor customer service experience.

Inevitably, the Nice Guys chose to take their business elsewhere. Choosing WP Engine for their superior customer service. There was a bit of switching pain, but they’ve managed through it just fine.

That’s the story from the presenting side. Now let’s dig deeper….

RCA in this sense isn’t the RCA/Victor record conglomerate of days gone by when vinyl was as King as Elvis. In this sense RCA is the dreaded Root Cause Analysis that employees avoid at all costs. There’s a segue into game theory there that needs to be explored, but we’ll avoid that for now in favor staying somewhat on topic. An RCA is where we look at the root cause of how or why something happened – usually something bad.

In the case of the Go Away Daddy, our subject lost a long-time customer. At the surface, there were three surface causes to the loss – 3 strikes you’re out! But if we look deeper, we may find one or more root causes.

We’ll have to play a little detective and guesswork from here since we’re not inside the organization. This is only for the purpose of illustrating how the RCA process works and doesn’t depict what actually happens at the subject’s organization…it’s just a guess. First a stab at some background to give us some context.

The subject has been around since the early days of the net. They’re a fairly large organization with around 6000 employees globally (wikipedia link). They would have several departments that specialize in various areas of the business…some division of marketing probably handles the spamming emails, some sub-department of IT probably develops those support emails, they will have an entire department dedicated to customer support including writing support scripts for the offshore team.

Being a global business, they may have support in multiple languages and being 24/7 they likely have support in several hemispheres of the globe. Plus they’ve gone through several rounds of acquiring new companies over the years, which means integrating technologies from those companies (can be a painful process).

Each of those three departments had touch points with our heroes and contributed to the loss of NGOB as a customer. The IT department did not differentiate their emails from the SPAM. There was no follow-up/escalation procedure in place. There was no attempt to resolve the issue proactively – though they knew there was an impending issue when the auto-renewal went into effect.

The marketing/communications department allowed emails to continually be sent though they were being ignored. They apparently didn’t pay enough attention to emails sent out from other departments either.

In the support department, the script and/or training given to the support tech was on a highly technical level – either lack of good technical writers, customer relations training (ask a few questions to understand the customer’s position and be dynamic), or just plain process.

A common technique to discover the root cause of these issues is to play a game called “the 5 whys”. In this game we ask why five times and the answer to the fifth why will lead us to the root cause.

Why 1: Why did Doug’s email get ignored?

Answer: It was buried in so much spam that he wrote it off as more spam!

Why 2: Why did the email get buried in spam?

Answer: GDDY sends a lot of spam and there was no way to differentiate – he doesn’t read ANY of their emails.

Why 3: Why doesn’t Doug read those emails?

Answer: They don’t provide HIM any value.

Here we have a decision to make – which “why?” should we ask: “Why don’t they provide him any value?” Or “why do we send them?” Let’s explore both paths.

Why 4: Why don’t they provide value?

Why 5: Why don’t we have interesting content for various customers?

Answer: We haven’t developed that capability yet.

Alternate Why 4: Why do we send Doug so many emails if they’re getting ignored?

Answer: We don’t adjust that dynamically.

Why 5: Why don’t we use dynamic targeting?

Answer: We use a service that doesn’t provide that option.

That’s 1 branch of the problem analyzed using the 5 whys. We could repeat for each one. Once we’ve done that, the game isn’t over…we’ve only begun! We’re looking for a covering pattern in each step. We may have found the root in each of the three touch points, but what we really want it the taproot!

Let’s assume that their email service provider doesn’t have capabilities and there aren’t enough resources to switch providers. And for #2 GDDY doesn’t have enough resources to undergo more advanced customer analysis and tailoring their phone scripts/training. And for #3, the inaction of support is rooted in a bug that needs to be addressed but hasn’t been due to resource constraints.

Common theme is resource constraints…what actions can be taken to resolve the issues and retain more customers?

Doing an RCA doesn’t mean a damn thing if we aren’t going to solve any problems. Let’s look at some ways to resolve the issues of resource constraints.

Option 1: Free up internal resources and break free of specialization. Redirect those resources to fix the issues. Cheaper but not as effective, plus have to slow down new work to resolve issues. Possible training required.

Option 3: Outsource to specialized consultants to address these issues. They will have the ability and availability to look for the problems and resolve them. This may cost more up front, but will get the job done without the ongoing costs of hiring. Apply regularly to keep costs down.

We’ve taken a journey through the other side of the Nice Guys getting fucked by their hosting provider. Assuming others are in the same shit-boat and will take Lou’s advice to switch to WP Engine (even if it means some switching pain and possibly hiring out for the switch), GDDY loses a lot of business over time (at the moment their financials speak a different story).

We’ve taken a shot at doing a Root Cause Analysis (RCA) for GDDY which lead us to lack of resources (probably not even the real root cause – a more likely cause is lack of internal coordination. For illustration purposes, since so many companies are doing more with less, let’s stick with lack of resources). The upshot of that fake analysis is that they need to throttle down, staff up or hire out to improve their customer experience. Have a health check for your business – much like we do our wellness checks every year with our doctors to make sure we’re healthy, let’s regularly make sure we’re communicating appropriately thought out emails and being proactive with our customer’s experiences.

Phil develops software and writes technology blogs. He has a B.A. from Columbia College Chicago in Audio Recording and worked for over a decade in the music industry before turning his mind to software. He enjoys helping companies solve problems with technology and integrating systems. He is a family man who enjoys science, home-brewing and fishing. He would swap his golf average for his bowling average any day. 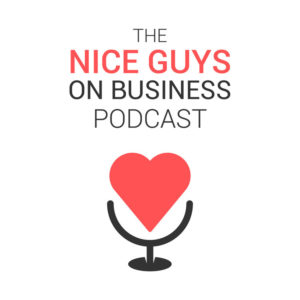